The first days....Auckland & Bay of Islands 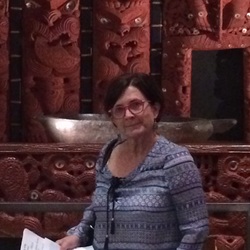 The trip from Melbourne went very quickly curtesy of a promotion to the sharp end and a very agreeable dinner with wines finished off with some cheese and a Bailey's Muscat. We got to the hotel after midnight so it was just hit the sack.

We are early, keen to have adventures and as we are staying in central Auckland and the harbour and viaduct area is but a short walk for breakfast.

Then on the Hop on Hop off Bus for a quick tour of the city. First we get off at the Auckland Museum. There is a lot to learn about bout the human, inhuman, biological and geological history of these islands. We learn nothing at school about our near neighbour but they have a lot to teach us. Treaty with their indigenous people 178 years ago (we still haven't got around to that) and first country to adopt universal suffrage.

Then lunch at Parnell before a tour of the Auckland Art Gallery.

We start with a Chilli Margarita, hot,cold,salty tequila. Then coconut prawn and duck dumplings. Next it is a Vietnamese Bouillabaisse and Green Papaya Salad. Wow great explosions of flavour and freshness, sweet,sour,hot and salty. This is a place you should seek out if in Auckland.

The GPS does not consider that the ferry existed, as far as she is concerned unless you are driving a submarine with wheels you have to stay on terra firma, so she takes us along a winy mountain road that adds a mere 60 minutes of stomach churning twists and turns to what is already a long trip. Still we arrive in reasonable time, book into the lovely Villa Russell B&B and then down to the wharf for our sailing adventure on the Tucker Thompson. Good work Don you have booked for tomorrow.  Luckily that does not phase the friendly Kiwi Lady who is dispensing the tickets and soon we are all aboard and being pushed across the bay by a substantial breeze. Great little sail in the late afternoon.

The Tucker Thompson (and crew) spend the summer taking tourist sailing on the beautiful Bay of Islands to raise money for a trust that takes wild  and troubled kids sailing as therapy or behaviour re-adjustment. Good to know our ticket money is being put to such good effect.

That night our hosts at the Villa Russell have suggested the Duke of Marlborough.Although a Pub it has truly great food and wine which we sample as we watch the sun set over the bay (bit of a novelty on the east coast).

Its been a big day and the bed at Villa Russell is calling. 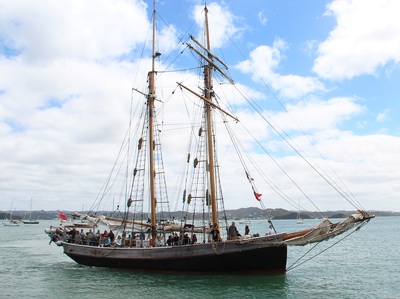 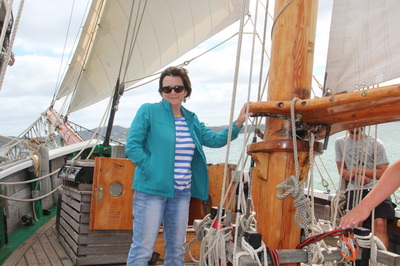 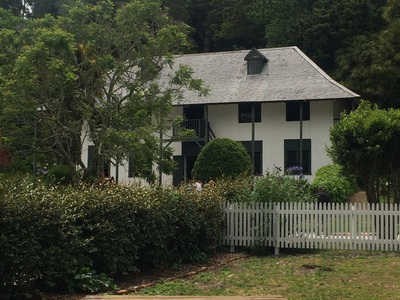 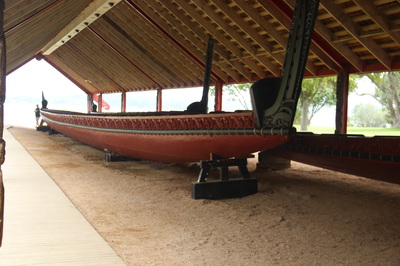 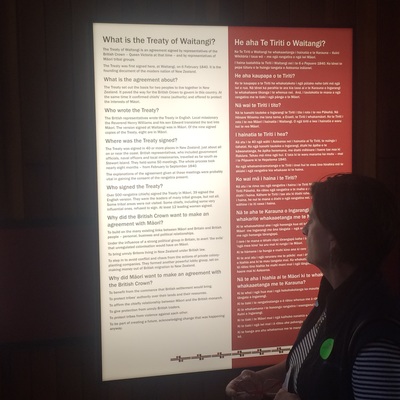 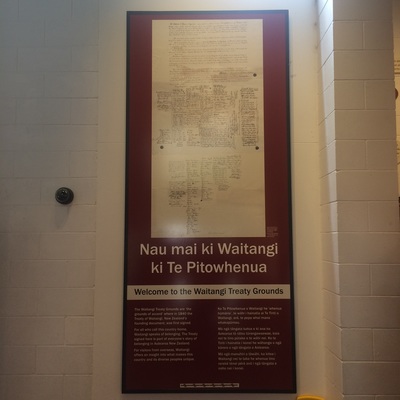 The breakfast at Villa Russell is very good (would recommend this B&B if you are staying in Russell) and then we are off, via the ferry this time despite the GPS's distrust of such a conveyance, to the Treaty House. First we are distracted by the local museum that includes a guided tour of Pompillier House which was built by French Monks in the 1840's to print leather bound bibles for the Maori. In just a few years they made 40,000 bibles and other publication printed on an antique press and bound in leather manufactured on the site.  This was a really interesting interactive tour.

The fledgling New Zealand Nation settled a treaty with the indigenous inhabitants in 1840 . Even if there were perhaps some shady agenda's being pursued this Treaty has had amazing effect on the development of this nation and her people. Shamefully we are still waiting to make a similar arrangement with our original inhabitants.

The Trip to Mattamatta and Hobbiton

Its a long way from the top of this little island to the bottom and so we set off south. Staying at Thames on the Coromandel tonight. After a long drive it is Indian takeaway but again we get to watch the sun go down over the water...even if it sneaks behind a few clouds first.

Morrinsville is on the way to Mattamatta and Marigies cousin Nick Whitten lives there. He is just back from visiting his dad in Christchurch (all of 99 years young) so we have a quick look around the town (cows are God here) and then call in for a cuppa. After lunch we are off to visit the Hobbits at Mattamatta.
Hobbiton must almost be New Zealands number 1 industry. Our host at the B&B estimated that they take at least $200,000,000 pa. They employ 200 people and it is is one of the slickest pocket vacuuming operation I have seen. Still it is so well run and organised you can only feel admiration for those who run it. And talk about seredipitty when Peter Jackson negotiated with the owners they made it a contract condition that after the Lord of the Rings was finished the film makers would restore the land to the original farmland. They were in the process of pulling it all down, but a bad weather halted the work and then the movie was released and suddenly people wanted to see the Hobbit Town. The rest, as they say, is history. 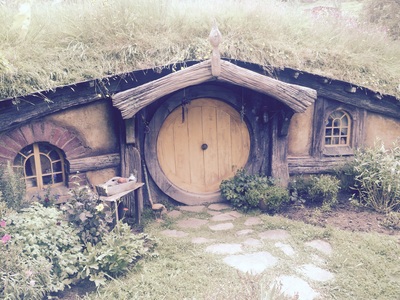 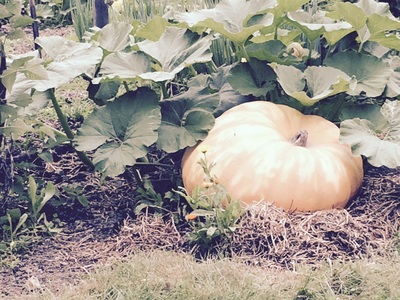 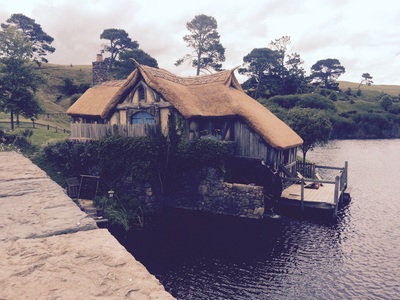 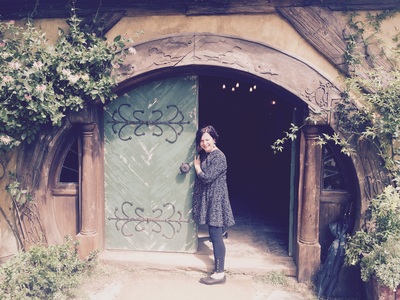 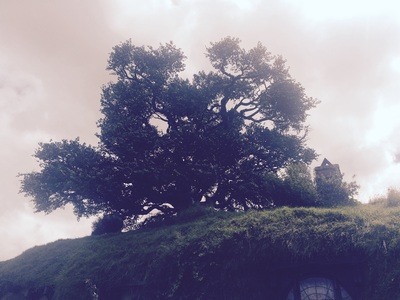 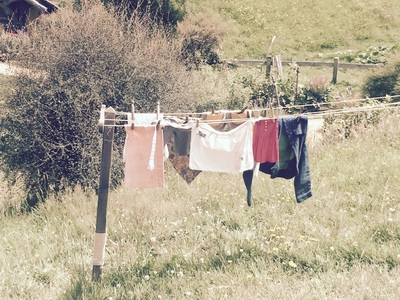 To Napier the Art DecoTown and The Gourmet Retreat 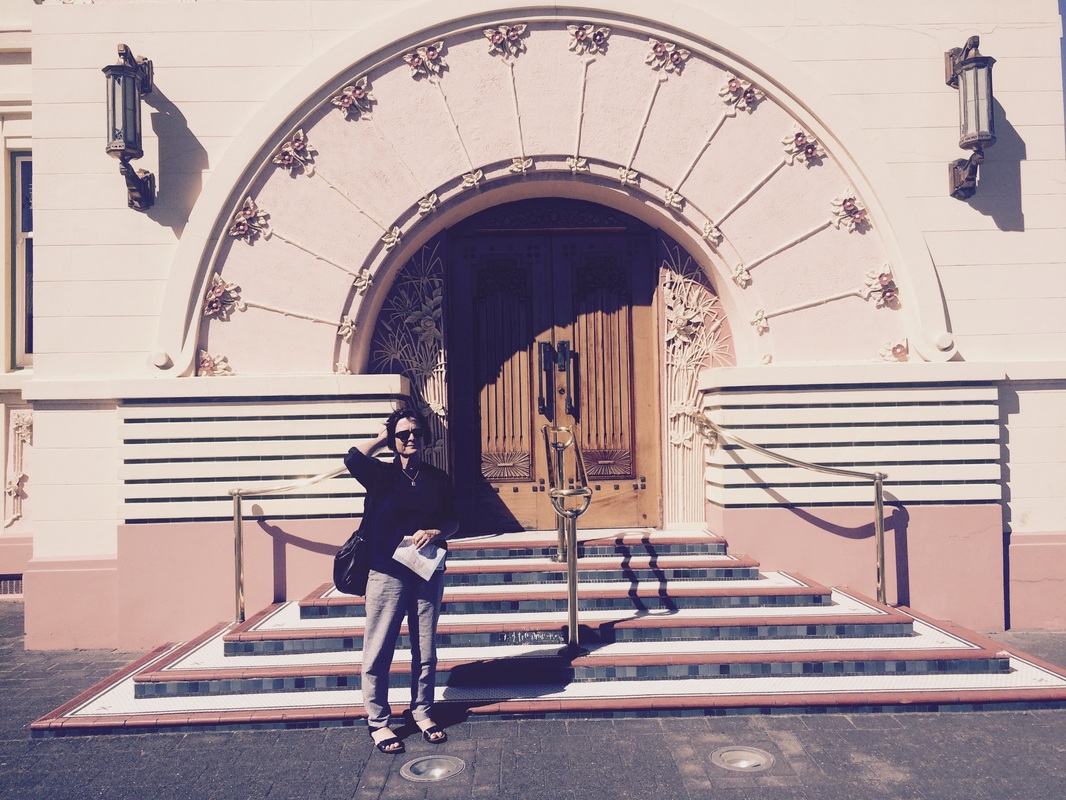 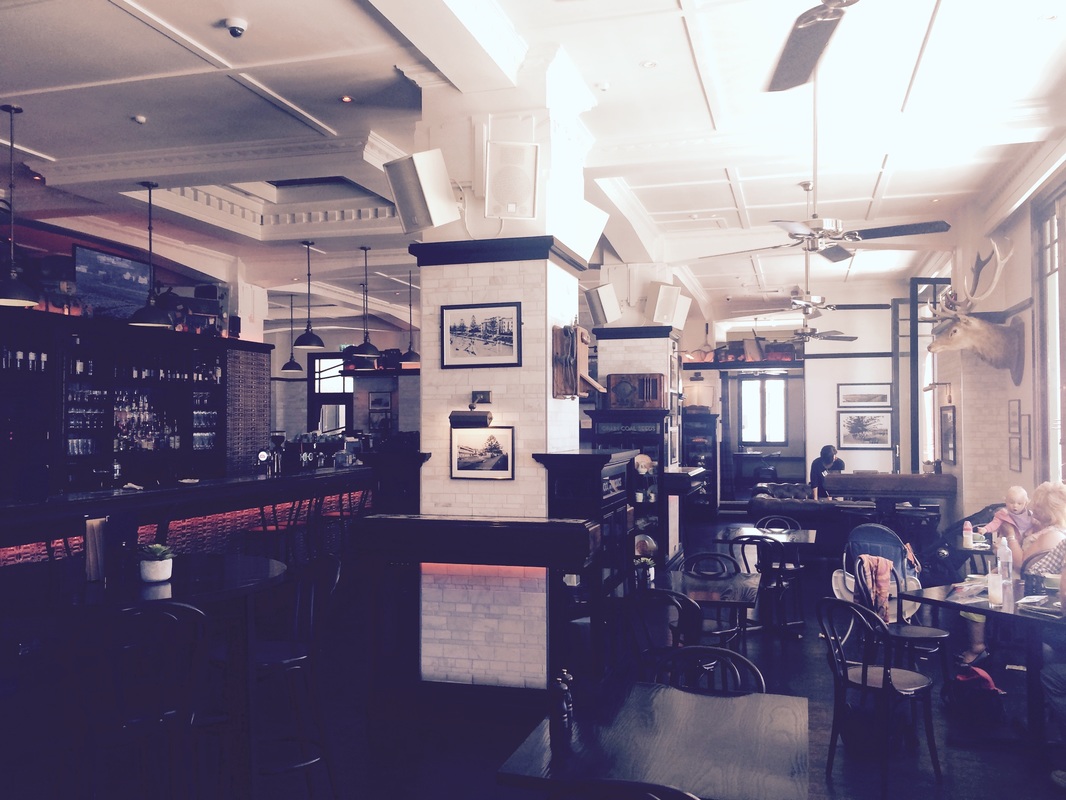 We are off south again and after a stop for lunch, Mexican Takeaway surprisingly good in Palmerston North, we are arriving in the Capital of NZ, Wellington. Here we are staying by the harbour in the Art Museum Hotel which is across the street from the new and impressive wellington Museum. This is a great hotel that could pass off as a contemporary art gallery.

Images from the Collection at the Museum Art Hotel 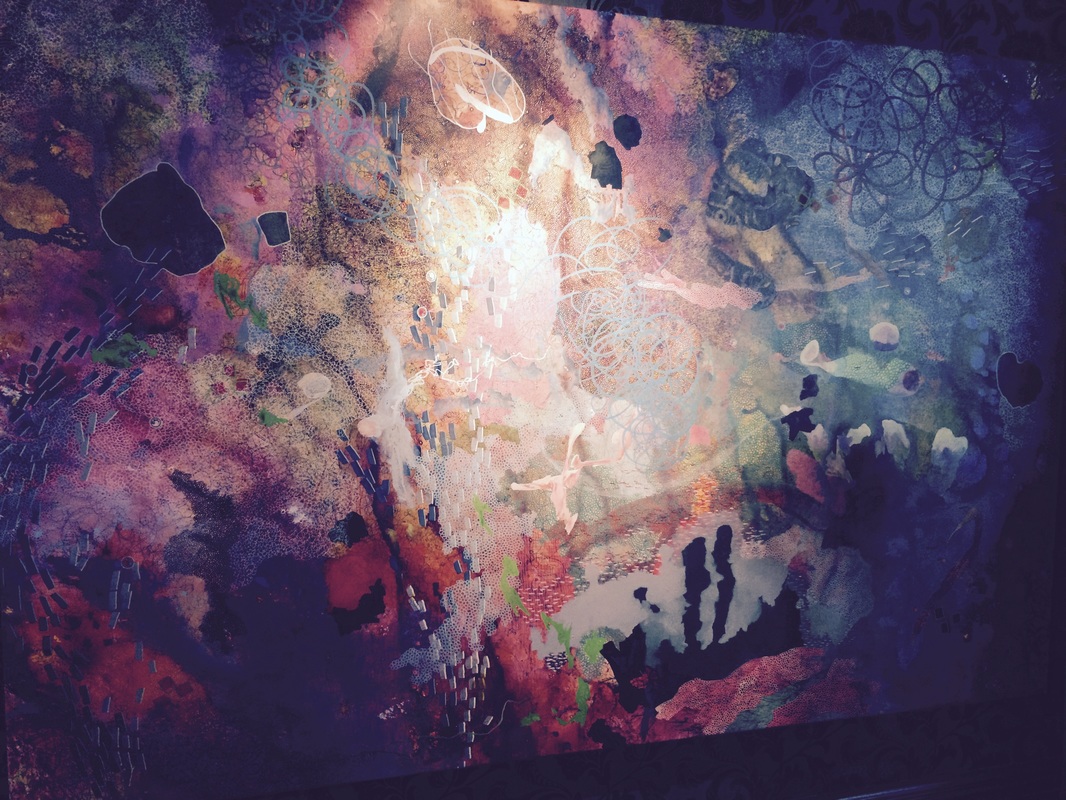